A lot has happened since my last report. While taking a chance... 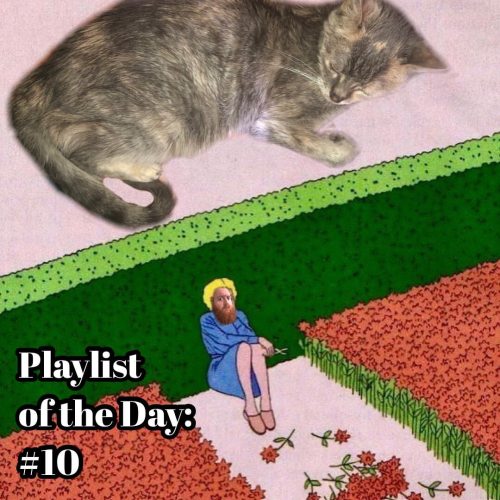 A lot has happened since my last report. While taking a chance busking in the megacity I met an elderly couple visiting a memorial for the victims of the MassCorp Meathauler 224/theta. They took pity on me, and rather than tip or become patrons on https://patreon.com/ewharrismusic they offered to take me out for some noodles and we got to talking. Turns out they were looking for somebody to do some light gardening. I told them I’m not afraid of some honest work and so we went to their modest estate in the offworld colonies. Turns out robots do most of the gardening there. I suspect I reminded them of someone who was no longer with them, but, as this was something of a safe harbor, I didn’t press the issue. At least I was somewhat safe from the GIANT cat.

I must say, for an indigent of sorts, I am particularly vulnerable to ennui and I find myself longing for excessively stylized keyboards, cheese imbued snacks, craft supplies, and most of all Playlist #10:

It was my first playlist in Portuguese. I can still remember a little of the of the accompanying article by Gabrielle Caroline that read:

I never knew what it meant though…maybe someday

If you find this note, listen to the playlist at #linkinbio https://linktr.ee/ewharrismusic OR https://open.spotify.com/playlist/3jq2ZuMXV9N3uWhykrrD7t