Expectations are a funny thing aren’t they? On one hand they... 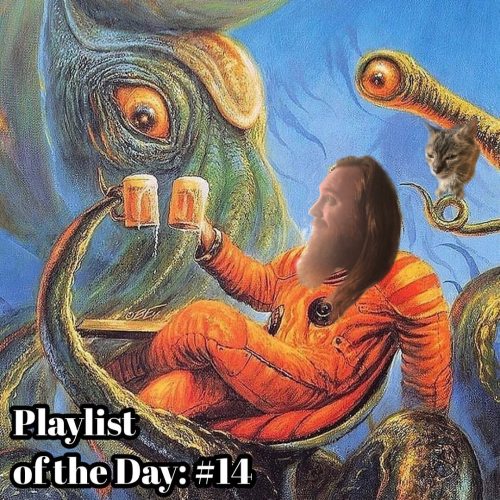 Expectations are a funny thing aren’t they? On one hand they allow us to equip ourselves so that we might successfully navigate our possible future. On another hand, they are limitations, self imposed dictates formed from speculation mostly. On yet another hand expectations build spaceships and submarines and teach us to swim and fly.

Take Gurqal’lwhl here. He(?) doesn’t even like beer that much, but knows that I do, and has even instructed his familiar to assume a cutesified version of GIANT cat for my entertainment. My expectations in this particular scene have been accounted for, shattered, and new expectations reconstructed, and I must say this might be the secret to life.

I’ve spent so much of this journey so far trying to escape or control or simply survive that I never once stopped to think about why any of those things mattered. It occurs to me that the easiest way to think is to rank and prioritize that which is a direct threat to ones life. Next easiest is to somewhat consider the things between the things. The most difficult of all is to engage with all of that which is (and that which is not) equally and simultaneously. To achieve a state in which “I” is just another kind of expectation, another plexiglass model that demonstrates one space a being might fill.

As I write this I’ve been running it by Gurqal’lwhl, who seems to think I’m mostly being pretentious and recommends that anyone who reads it should probably (before attempting anything else) cleanse their thought-palate with the most excellent playlist #14 “The Other Side Recommends…” from Other Side Reviews

You can find it on your #handheld or #terminal at #linkinbio or https://linktr.ee/ewharrismusic OR https://open.spotify.com/playlist/6h8mux6VGjB7mGDSkX3UnQ

I admit it is a most excellent playlist and they did say:

“ I find ‘Bad Ghost’ not only pleasing melodically but insightful in its lyricism. With lingering nostalgia, ‘Bad Ghost’ has a somewhat melancholic quality wrapped in an ethereal bubble of sci-fi-ness.”

Anyway, I am told it is time for skateboard games? Until next time.