Bad Ghost has been released, free now to swim the warm waters... 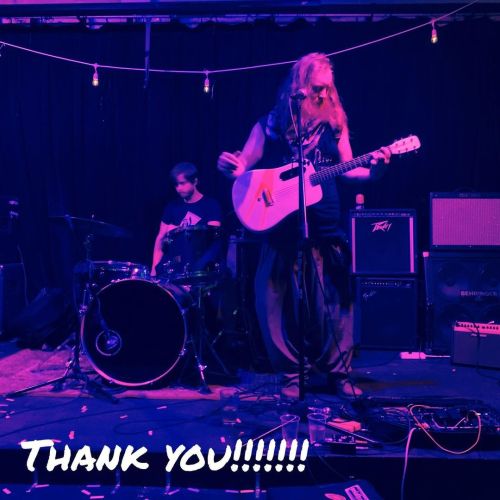 Bad Ghost has been released, free now to swim the warm waters between perception and doubt, and to be honest it’s mostly down to you.

(If you haven’t yet heard it #linkinbio or https://linktr.ee/ewharrismusic)

As of today we are on 17 playlists (I will be compiling a list for you in the coming days), nearly sold out the release show, AND this morning I got this in my inbox from @indietop39

“There’s a real level of artistry behind ‘Bad Ghost’ that lets us see it as nothing less than a masterpiece.”

I don’t know about all that but if that’s true, it’s mostly down to the tireless efforts of Chris & Kia @hangingdilettante, and the musicianship (and tbh endurance 😉) of @eddmrx & @philterfeed.

The release party was sentimental and synchronous for me. It was @footlightpresents first full on band show in the new @thewindjammer, @jokroger was my long time bandmate, collaborator, and was the first person I knew with the gumption to cover Bad Ghost (there’s a video somewhere 👻), @warren.malone has been an advocate of the tune for years now and was my first early listener, and (a lot of) you took trains and buses and cars and planes and most of all time to come to a neighborhood of Queens New York a lot of you might of one time heard of…just to see us play. More of you still were there with us in spirit. I am absolutely floored with gratitude.

Apologies if I didn’t get to thank you in person, and a social media post is a poor replacement, but it is something…so..